Green about the Green Deal?

The Government’s Green Deal is up and running.

The basic aim of the Green Deal, the Government’s flagship energy efficiency initiative, is to remove the up-front costs of energy efficiency measures. The driving principle is that improvements to properties pay for themselves through the savings that result. 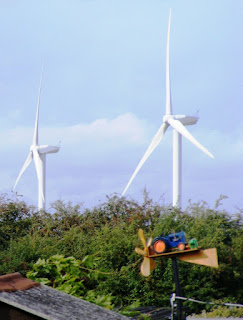 To achieve this, the Green deal involves a pay-as-you-save financing mechanism which is available from accredited Green Deal providers. The liability for repayment of the Green Deal financing will attach to the property’s energy bills (and will fall on the person who is liable to pay the bill).

How do I get Green Deal finance?

1. the energy efficiency measure you are planning is eligible (a Green Deal assessor will advise on this);

2. it is suitable for the property concerned (again, the assessor will decide this);

3. it meets the golden rule (i.e. that the resulting savings in gas and electricity bills will pay for the improvements).

The Green Deal will not be for everyone. But it is worth getting to grips with the detail and seeing whether it stacks up in your own circumstances. Landlords may be approached by residential tenants and will – eventually – be prevented by legislation from unreasonably refusing consent to make energy efficiency improvements. At the same time, the introduction of minimum energy efficiency levels in parts of the private rented sector from April 2018 makes this a good time for landlords to take a serious look at what the Green Deal offers. Green deal plans will have to be disclosed when properties are sold and let out.

If you would like to discuss the implications of the green deal as far as agricultural property is concerned, give Julie Robinson a call on 01775 842 618.

Another sensible first port of call would be the Energy Saving Advice Service on 0300 123 1234.

Agricultural Wages Board - has the axe been axed?


﻿
The House of Lords Grand Committee voted on amendment 28ZK to the Enterprise and Regulatory Reform bill on 16 January. That was an amendment to the effect that the Agricultural Wages Board for England and Wales should be abolished.

At Grand Committee Stage, unanimity is needed before alterations to bills are made. The Grand Commitee were not unanimous in relation to the amendment. Indeed there were numerous voices raised against the proposal to abolish the AWB during a lively debate.

Is that the end of the road for the Government's plans to abolish the AWB?

No, it isn't. There will be a further chance to amend the bill when it reaches report stage in a few weeks time.

Watch this space for news.

In the meantime, if you have any questions at all about the implications for your farm businesses of a change in the regulatory framework that governs the employment of farm workers, please do give Phil Cookson a call on 01733 898970.

On CAP Reform, entitlements and simplification

Britain's membership of the EU has been the hot topic over the last few days. It is no coincidence that the Defra Secretary of State, Owen Paterson, took to his keyboard today to answer questions on CAP Reform during a web chat hosted by the Farmers Guardian.
Mr Paterson has strong views on income support payments for farmers and has made no secret of his long term wish to see the CAP become more of a common environment policy than a common agricultural policy, with so-called 'Pillar 1' direct payments phased out in favour of payments for public goods. (We wonder how this fits with the EU environment policy that already exists under the treaties, but that is a debate for another time.)

More to the point today was the encouraging steer from the Secretary of State regarding his plans to ensure that there is as little change as possible as far as the nuts and bolts of the new scheme go.

One of the things that has concerned us at Roythornes is the uncertainty created by a long transitional period between the current scheme and the new basic payment scheme. We recently published our Winter update on CAP Reform that covered this in more detail.

﻿
We have been particularly worried about the uncertainty created for new farm businesses or restructured businesses which were not SPS claimants in 2011. Under the initial reform proposals published by the European Commission back in October 2011, any farm business that did not make an SPS claim in 2011 would not be entitled to an automatic allocation of the new entitlements that were set to be allocated in the first year of the new scheme. Instead, they would have to rely on the national reserve/private contract clause/inheritance and similar safety-net mechanisms that are far from guaranteed.

However, there is now a proposal on the table to allow countries like England, which have a flat-rate payment scheme in place covering almost all eligible hectares of land, to carry through existing entitlements to the new scheme. That is good news as far as it goes.

The big question is whether Defra will take up this option.

We asked the Secretary of State the question during today's web chat. To be precise we asked:


"Is the Secretary of State planning to take up the option to maintain existing entitlements in England? Doing so will reduce bureaucracy and simplify the introduction of the new scheme significantly, but an early steer on this issue is vital to enable expanding or new farm businesses to plan with certainty."

The Secretary of State replied:


".. .emphatically yes. We want to try to keep to the existing system as much as possible and keep things simple for claimants and the RPA."

﻿If Mr Paterson's 'emphatically yes' means yes in practice, that can only be good news for the majority of farmers in England. We cannot yet be certain that the option to keep current entitlements will make it into the final package - which is still some way off being agreed. But it is certainly encouraging that the Secretary of State genuinely seems to be aiming for simplicity as far as he can (and as far as simplicity is ever possible when it comes to agricultural support regimes).

If you have any questions at all about how the current reform of the CAP might affect your business, please give Julie Robinson a call in the first instance. She is on 01775 842618.