Update on CAP Reform: hot from the press conference

EU farm ministers met yesterday morning to discuss the new direct payments regulation. Simon Coveney, the Irish Farm Minister, held a press conference at lunchtime to give an update on progress. (The Irish hold the Presidency of the Council for the first half of 2013.)

This was against a background of intensive discussions between the three key players in these CAP reform negotiations: the Council (made up of farm ministers from member states), the EU Commission and the EU Parliament. The discussions - or trilogues - are aimed at hammering out a compromise on issues which still divide the parties (e.g. on how greening should be implemented).

Nothing, as such, but there were some interesting indications of compromise in-the-making on one or two of the outstanding issues.

Both the Irish Presidency and the Agriculture Commissioner said they were optimistic that an overall CAP package would be agreed at the next Ag. Council in June. The aim of yesterday's session was to narrow down the number of issues on which there needs to be a 'political' negotiation and compromise in order to get a whole package agreed. 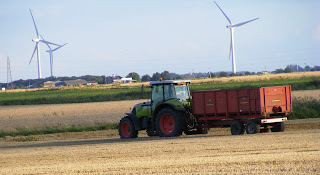 On young farmers, there is still not consensus about whether there should be a compulsory scheme under which young farmers receive a top-up payment. Some countries maintain that they don't have a problem as far as new entrants go (perhaps they have there own schemes) and should not be required to have a young farmers scheme. The UK is among those member states resisting the idea of a compulsory scheme.

One of the other areas up for discussion was the active farmer question. Again, the crux of the debate is whether measures to prevent what are effectively non-farming businesses receiving direct payments should be compulsory. The alternative is for member states to be left free to decide whether to implement a 'negative list'. Dacian Ciolos, the Agriculture Commissioner, is committed to an EU-wide approach; if a golf course or airport is banned from receiving CAP payments in one country, the same rule should apply in other countries too. The UK is, again, against a blanket approach.

One of the possible compromises mooted at the Council meeting yesterday was the idea of a shorter negative list that would be mandatory across the EU, with member states free to add further non-qualifying activites to the list.

Simplification, it seems, ends up being sacrificed in the search for consensus.

So now we wait. Trilogues between the Council of ministers, the EU Parliament and the EU Commission continue, with the final showdown on 24-25 June. We're not expecting firm details about the shape of the new package to arrive with any great certainty before then. But given what we heard about the solution mooted on active farmers, we envisage that a pick n mix solution may prevail over a hard-boiled approach on other questions too.

If you would like further information, or to discuss how the current CAP reform might affect your farm business, call Julie Robinson on 01775 842618.