Designation of flood risk management features - one year on 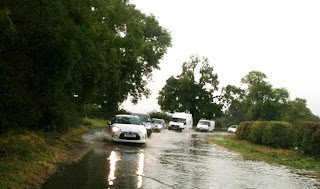 It is almost a year since the 'designation of features' elements of the Flood and Water Management Act 2010 came into force. The Act itself came out of the Pitt Review that followed the widespread floods of 2007. One of Pitt's recommendations was that local flood authorities (and similar bodies, like IDBs) should list and take steps to protect physical assets which are relied on for flood (and coastal erosion) risk management but are privately owned.

This designation process is now happening. It is estimated that over 60,000 physical features e.g. walls, embankments and other 'raised features' (mounds, banks etc.) could be available for designation. Once a feature is designated, it will be registered in the local land charges register. Owners will then need to seek the consent of the authority before altering, removing or replacing the asset.

If you are the owner of a structure or feature, you:-

•  will be consulted in writing before the asset is designated; and

•  have a right to appeal against the initial designation.

'Owner' includes the relevant landowner or, if different, the person responsible for managing or controlling the structure or feature (e.g. depending on the terms of the tenancy, a tenant in occupation).

We are not aware of a raft of letters going out from local authorities, IDBs or the Environment Agency over the last year notifying owners of potential designations. Resources are tight and there are plenty of other demands on these bodies. However, as local flood risk management strategies are reviewed, it may be that there will be a move to get these private assets registered.

If you receive a letter talking about the Designation of third party structures and features for flood and coastal erosion risk management purposes, let Julie Robinson know in the first instance. There are opportunities to appeal if you believe your particular feature should not be designated.